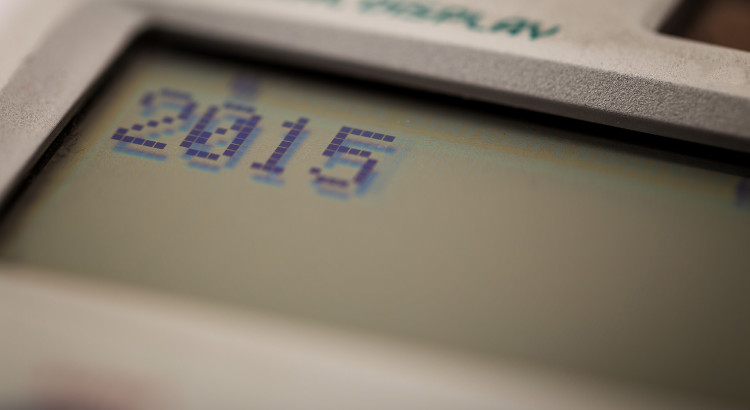 I am learning how to use my new, more accessible, website.

I asked my husband to teach me how to post pictures.  I needed reminding about where to find pictures, and he looked and found 3 pictures about the new year.

Eventually, I choose this picture.

I liked the the technological aspect of the New Year.   Based on the end of last year, I think I will be learning about how to increase my use of technology this year.   Working with my very knowledgeable team during the Knowbility Open Air Contest taught me many new things about accessibility and about my website.   It will take me practice to learn some of the new skills such as writing more accessible posts, even now that I have more of an idea of the resources that can help me with that.

The other reason I choose it was that the New Year has started in a rather blurry fashion for me, once I thought about it.   I liked that the 2015 in this picture is not sharp and distinct but blurry and less distinct.

You see, I ended 2014 feeling very empowered by the work on my website that my team and adviser and my husband and I did.   My entire team moved my website forward and helped me in ways that I did not even imagine they could, prior to the contest.

Perhaps anyone working on a website would benefit from others teaching them better ways to express themselves on their website and reflecting back to them suggestions for improvement.

For me with a brain injury, learning to pay attention to others feedback and incorporate it into my world view has been an essential part of the skills I have learned in rehabilitation and outside rehabilitation that have helped me recover as far as I have.

And then, the blurry part of 2015 that is in the picture came next.

Right at the end of December, my husband got the flu.  We had a nice New Years Day with friends and family, and then sickness and flu tore through our family–low energy, congestion, fevers, and a lot of work compensating and getting each other well.

Some of my medical resilience skills are:

–focusing on trying to get well as quickly as possible,

–focusing on keeping things from getting worse once you are sick,

–recognizing that “this to shall pass” and getting as much rest as one needs,

–being easy on oneself while one is sick;

–in other words, not try to push oneself;

–re-arranging any activities and plans that are not critical (bill-paying is critical);

–my cognition was much lower with my congestion so re-arranging activities was critical for me.

I wrote a draft blog the second week of January, and realized I should postpone working on my blog until I had more cognition and more perspective.

But my sense of empowerment from participating in the Knowbility contest has kept my mood high despite not feeling well and the many tasks helping my family while they weren’t feeling well.  And helped me cope with the many rainy and cold days that Winter has brought (unusually many for Central Texas).

And when my son came down with strep throat on Friday, I realized that January may be a much tougher month than I thought.

But I still think 2015 will be a good year!   And a year of increased new learning of technology.

And now I will go learn more about how to write text that is more accessible with subheads and how to edit the alt text for the picture now that I have written my blog.   One step at a time.